Israel's south provides fantastic natural panoramas as well as historical and modern day interests. take a journey through the sprawling modern city of Beer Sheba and Kibbutz Sde Boker to the historical Nabatean city of Avdat (world heritage site). Enjoy the special beauty of the desert landscape including the Ramon Crater.

Drive south to Be’er Sheva , capital of Israel’s Negev region, to visit this sprawling city that boasts an old Turkish quarter, which has become a trendy downtown, as well as wealthy satellite suburbs, view the modern architectural buildings of the Ben Gurion University and the Soroka Hospital. In biblical times it was the southernmost city of Israel, built around seven natural wells, the most famous being Abraham’s Well.

We continue to Kibbutz Sde Boker, realization of the dream envisioned by David Ben Gurion, Israel’s first prime minister, who wanted to settle the desert and make it bloom. The kibbutz, built in the central Negev Mountains, became the home of Ben Gurion and his wife, Paula, and the house he lived in has become a museum to his heritage. We will visit this museum and the Ben Gurion memorial site, which has a magnificent view of the Nahal Zin rift.

We proceed to the Ramon Crater, a special geological phenomena, exposing the region’s geology, We will visit the Ilan Ramon visitors center and some of the fascinating geological attractions, such as the “carpentry shop”-a hill where sandstone has formed prisms that appear sawed; and the ammonite wall – a great vertical rock surface on the southern side of the crater that consists of large, fossilized marine snails.

On our return we will visit Avdat (world heritage site), the most important historic city on the Incense Route after Petra inhabited by Nabataeans, Romans and Byzantines. It was destroyed by earthquake in the early 7th century CE. The site was declared a UNESCO World Heritage Site in 2005, and it was also the filming location of Jesus Christ Superstar.
Return to the hotel/ship. 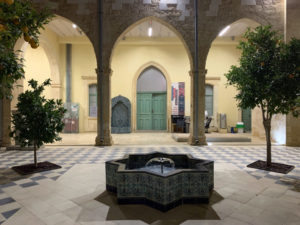 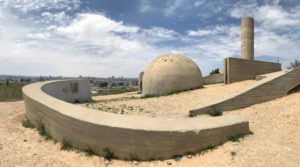 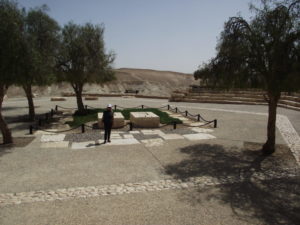 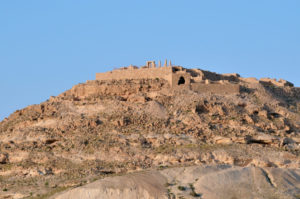